King Richard magically appeared again this year, in the media and hopefully also for real, when the mtDNA can confirm the archaeological find.

But what has King Richard III, who is magic, especially in combination with Mr. Armitage and his intended project of a film, to do with magic?

Servetus researches this in a week of pure magic: 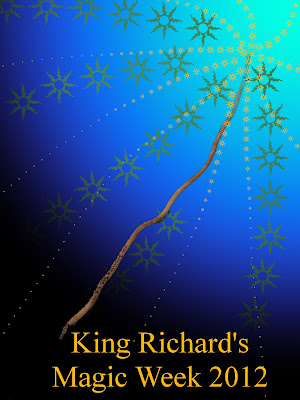 See her first post, analysing the question: Was Richard III really threatened by witchcraft?
Posted by CDoart at 00:51