Al Delarmy and I had an Argument ...

I feel very bad that I keep you waiting for the further parts of the story of "Intrigue".

But Al Delarmy (alias Lucas North / John Bateman / etc.) and I had an argument last night.
(Yes, indeed, I met him and he is as devastating as Richard Armitage. So I stood no real chance in our argument ;o)

He told me, how I possibly could presume he wanted my boring and neatly planned story, when he already evaded and had successfully outplayed Harry Pierce. He really wants to set the world afire and not just some tiny firework.

I grumbled a bit, but after all Al Delarmy is right. He has the final say in his story!  Who am I to argue with him, if he wants to go on a bit longer than I originally intended.

He argued with me, that I planned everything much too neatly for the real world. And where he is right he is ... well, right and unfortunately much too adorable to negate him anything.

Now some adjustments are necessary in my story to really tell his story as he wants it to be. I hope the coming surprises will be good one's and you will enjoy the continuing story line!


Do you, when you write, also have problems with your characters insisting on getting their own stories and not wanting the one's you intended for them?
Al Delarmy certainly mixed up my plans and created his own story, but what else could I expect from such an excellent spy?
So now I give over the lead to him and let him tell his own adventures.

Please let me know, if you have fights with your fictitious characters as well ;o)
I would really love to hear your stories ! 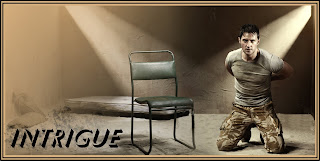 
For three years I have been working day and night to get one project up and running. My heart-blood flows through this project, but everything I did try for the past two years resulted in nothing.
But now, when I have to put my work in two new projects which I started to get myself off the ground, this first project gets some life and wants my full attention.

With my heart hanging so much on this project, my dear creation, can I really say no?

And do you know, when the big day of the major announcement for this project is planned to be?
For RA-followers it is not really hard to guess, but you won't believe it:

Is this pure coincidence or does it have some greater meaning?

But now I end up with three projects fighting for my attention and trying to tear me apart. (Fan-projects not even counted ;o)
Tomorrow also is a big day for me. I have to leave my observer and commentator position and have to get in front of a camera, eventually even for a video. Please keep your fingers crossed that I do not act like a butterfly on a pin. I fear it so much.

I have not forgotten about INTRIGUE
I will try to continue and rescue Al from his 'dubious' role in Hamburg, but at the moment I cannot promise a clear schedule how I will be able to proceed. I will do my best to make it worth your while to continue following Mr. Delarmy.

Email ThisBlogThis!Share to TwitterShare to FacebookShare to Pinterest
Labels: CDoart

Today is the 4th of July and I wish all American readers a wonderful and enjoyable Independence Day !!!

But this is not the reason, why today, I do not continue with the story "Intrigue" as I had initially planned.
Today, one of the few living persons I greatly admired died.
He was a well read, knowledgeable, understanding, gentle and intelligent man as I have never met another.
He as great politician visited a small village of about 3.000 citizens and when asked why he did feel that was worth his while he answered:
"There is no part in a Europe of equal regions not worth my attention to my best ability. I am no greater than anybody else."
All those years back, my parents did not accompany me to his event in our little village, as they could not believe he would really appear. But he did and what great impact he had on my believe in learning, self-control, the duty of serving others and being humble.
Perhaps it is a sign that he died on Independence Day, as he had a great independence in his way of thinking.

Otto von Habsburg, the world is a lesser place without you.
Posted by CDoart at 20:35 4 Comments