glitter-graphics.com
Posted by CDoart at 10:19 1 Comments

From a rare poster, lured out by the birthday celebrations, I want to share a special treat with you today.

I did an interview with a new author, who has a connection to the RA-fandom and chose a pseudonym for the first written novel from one of my fan-stories posted here on this blog.

So what better way to introduce this new author, than to do an interview right here, where the name comes from. 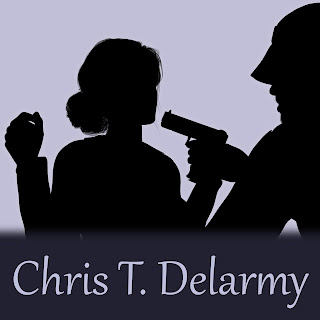 As your pen-name is a creation from one of my fan-stories (with my permission and I am really proud), my first question naturally goes to Richard Armitage.
Are you a fan of the actor Richard Armitage?


Yes, I admit to my addiction to certain roles of RA and also my admiration for the sensible way he does interviews. In an interview, he first caught my attention and I only later discovered his film oe­vre.


That immediately leads to my second question. What is your favourite role of Richard Armitage?

That is a really hard one to answer. I would have said Lucas North in "Spooks", but the way he was written out of the series spoiled my previous enjoyment of the role deeply. So I would need to evade this role and go to John Porter in "Strike Back". The new "Berlin Station", as much as I could get hold of it so far, was not able to convince me yet and I am still on the fence regarding this role.

I rather go for my possible all-time-favourite, Mr. John Thornton in "North & South", as I am partial to historical film and this one in particular.


Now knowing your role- and time-preferences. How does it come that your first published novel, though entirely fictional, is a contemporary story?

That is a rather long story in itself, how that came to be.

But to tell a long story short, I for years now have a story about a certain character in the late 18th century in mind. The story and adventures grow and grow in my mind and during all that time, another author (completely unrelated to me or my story) used my character's name in his own novel for a story in another timeframe, where the real family I need as a background for my main character was already extinct.

But the main problem was, that with my ideas for the story continuously growing, also my expectations towards it grew and grew and put so much pressure on me, that I had to write and execute something else instead.

As I have many story-drafts for diverse stories in my cupboard, I just had to stick to one idea and so I ordered myself to write and finish the next story that came to my mind.

And Sophia, the quirky, inquisite grad-student came to my mind and never let go.


Who is Sophia? Do you know a real person Sophia, the heroine of your book, resembles?

No, not really. Though her curious traits might be a bit lent from myself. But otherwise, she is assembled according to an imaginary person I really would like to meet. Her directness, her going after what she feels is right, really makes me want to meet her. It was hard to finish the book and to let go of her.

Perhaps a bit like me, in his grumpy, annoying way. But I should rather not admit to that.

He takes time to warm up to, but he went through a lot, so it is worth the patience with him.

As to be inspired by Richard Armitage or one of his roles, I can't really say. Perhaps a bit like the early John Porter, but more from the book than the films, but mostly rather not.

Prof. Lynford just is his own annoying self, trying to get whatever he wants in his own twisted way.


What made you chose that exact pen-name for you then, if there is no exact Richard Armitage role or reference in your book?

First of all, I liked the sound of the name in itself. It stuck with me the first time I read it. I also liked the French origins of this still English sounding name.

Chris is one of my own names, so the jump was not too far. And T. stands for my mother's name. So in principle, my pen-name combines

- something from my heritage and

- something from my inspiration.


And you don't, by chance, want to lift your pseudonym?

No, definitely not. I have a publishing cover-up and co-corrector involved, who know my real name, but that is as far as my 'outing' goes.


And what are your plans for the future? Is another book already in the pipeline?

I admit, I rather cheated with the 'next book idea' part I mentioned before. I switched to the 'second' one in the row, when I made the same mistake with my first idea which I had made with my historical idea.

With my first idea, I liked the basic idea so much, that I found all my efforts not worthy for an execution. So I had to put it aside for a while. Now that "Rescued Hostage" is finished (though I am still sitting over the German version of if) I am coming back to this 'first' idea, which now hopefully will be my second book.


Can you already tell us, what the second book will be about?

It once again will be "A Camsted Adventure", like Sophia's story, though it will be a completely independent story with new characters. I don't want to reveal more yet, perhaps except that the headcount [murder cases - Clarification by CDoart] will be a bit higher than in the first book.


So now, the one remaining thing to do is, to let you know more about this book by Chris T. Delarmy. (Do I really need to reveal, where the name 'Delarmy' comes from?)


I myself already read and enjoyed the book very much and must admit, that it hit my kind of humour very much. To have a thriller and a quirky love story, which also makes you laugh and think about how you would want the world to develop to make it a tad bit better? This story combines not just adventure and suspense, but all in all is funnily told and enjoyable and gripping.

I certainly could use a Sophia, to solve some of my computer problems ;o)

Sophia, working at home for her graduate studies, sees a man in a window across the street. She immediately takes action when she thinks this man might be in danger. But this pulls her into a vortex of trouble both with secret services and the organized crime.

Can this naïve young woman take on those powerful organizations and get out of the problems she rushed into head first? Can she and the man she begins to have feelings for, make it out of their troubles alive? And is he even worth caring for, or rather one of the bad guys?

Follow Sophia from her desk at home on her way into adventures and dangers beyond her wildest imagination, where curiosity about a stranger lead her.

(The book is also available via Amazon-Prime. Please read the book there to the end for the sake of the author. Thank you !)

to wish you lots of enjoyment with the book. Have a funny and gripping reading time !

Back for Birthday Celebrations

It's been a while. I still have a few more food-posts for RA-characters in my drafts, but when living without sweets and fruit, thumbing through cookbooks and recipes becomes a rather uncomfortable pastime.

Also, as I have recognised, one strangely becomes quite unsocial, when each birthday among your acquaintances means, you have to explain at length, why you can't participate with the birthday cake or celebratory alcohol. Or if you don't and they press some on you, you are ill for days to come. Also, when you are invited, the easiest contribution to a party is no longer possible for you. You can't make a salad or a dessert, as each contains a load of things you have meticulously banned from your vicinity. When you are standing around at the party and try to discern, what the things you might try to eat are cooked with, each cook feels offended by your close scrutiny. So you rather avoid to get close to something to eat, as the hosts would rather feel offended, if you even tried to bring some of the for you still edible food ...

Fortunately, all those problems do not arise with a virtual birthday cake!

And so I can freely join today's celebrations.

I very much hope, RA and you all still can enjoy an occasional cake and sweets and tasty food for real, not just virtually.

Happy celebrations and lots of sweets and sweetness to you all!

As a special present to celebrate, I will also post an interview with a new author, who took his name from one of my fan-stories (with my permission). So it is not too much to say, that he has a connection to the RA-fandom. But I will ask him about that in the interview. So more later ...